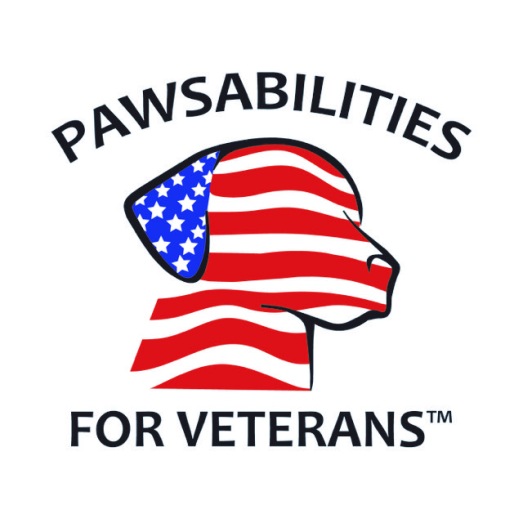 Author of A Dog’s Journey, W. Bruce Cameron wrote, “You can usually tell that a man is good if he has a dog that loves him.” Dogs have predicted earthquakes, detected cancer – signaled the early stages of labor.  Thus, Rotarian Gil Igleheart became an instant advocate when U.S. Marine Captain Jason Haag spoke at a Rotary District 5240 meeting about a Florida group’s success rate training “man’s best friend” to help America’s War Veterans cope with combat-induced demons known as Post-Traumatic Stress Disorder (PTSD).

It is far from fake news that 22 veterans commit suicide daily; 11-20% of Iraq and Afghanistan war veterans suffer PTSD annually, and nightly over 50,000 homeless in America are Veterans. Igleheart decided if it worked in Florida, then it would certainly work in dog-friendly San Luis Obispo County. He enlisted fellow Cayucos Seaside Rotarian Dick Mellinger to help him gather the necessary pieces and players.

Critical to the success of the program was a certified dog training partner. Jack Gould’s nonprofit New Life K9s had graduated and placed support dogs with Veterans based on training taught at Bergin University of Canine Studies. Igleheart and Mellinger partnered with New Life K9s to seek more awareness and funding to train more dogs. Recently, their nonprofit foundation Paws for a Cause was renamed as Pawsabilities for Veterans.

In 2014 five support dogs were graduated. By 2016 eighteen more dogs were in training with the development of an inmate training program. Now in 2017 six dogs are due to graduate and at least seventeen are training.

A recent video of New Life K9s innovative program at San Luis Obispo’s California Men’s Colony (CMC) was created with footage shot by Dan Hartzell’s Coast Union High School students and can be previewed at www.NEWLIFEK9S.org.  Moving testimony demonstrates the concept is functioning as it was hoped. Training recently began at the Correctional Training Facility at Salinas Valley Prison near Soledad, CA.

Gould said, “Our mission is saving lives through human-canine relationships. We are the professional trainers, but credit must also go to Warden Josie Gastelo, Sheriff Lt. Nolan and our contributors for their support. The bonus for the inmate trainer has been a new sense of purpose.”

Nolen, a San Luis Obispo Sheriff’s Search & Rescue senior member, led the effort to approve the inmate education program at CMC. He said, “I’m a Vet and all over this program. Some inmates haven’t petted a dog in twenty years. This has the potential to help the inmates as much as the veterans.”

New Life K9s Director of Training Nicole Hern explained, “A dog helps decrease levels of anxiety by supporting numerous specific needs for their Veteran owner/handler. Dogs can wake him up from a nightmare — even turn on lights, remind him to take medications on time — bring the medication to him and bark on command to warn off a potentially threatening stranger.”

With the addition of the California Corrections Department’s Training program Hern reported, “The success rate for graduation of more dogs has proven much higher.” The inmates volunteer. There are two fulltime trainers with the dogs 24-hours a day. A separate dormitory houses the trainers with their dogs. “This is their job and they have the time.” Weekends additional volunteer trainers take the dogs home for socialization they cannot get in prison.

Several inmate trainers testified the impact it has made in their lives. Wesley Bird states, “I don’t want being a murderer to define my life…Having Rusty is great…gives me some self-worth…” Frankie Castillo believes he is “…not so selfish…” and he wants to “…help other people…” Rufus Williams admits his “best teacher” has been “…a little dog named Nicole…” The New Life K9s training has been “…instrumental to help me become a better human being…” and he’s developing skills so “I can go back out in society and get a job in an animal shelter.”

Hern confirmed, “I wanted to work in the prison program because I believed the dog could save more than one life.”

Army Veteran Bruce Hulin received his dog Nichols at a Los Osos Rotary Club presentation after Igleheart had presented at a previous club meeting and Past-President Shirley Hulin realized help for her husband’s PTSD symptoms. Through a grant from the Nichols Foundation, wheel-chair bound Bruce thanked all who helped. “Nichols will nudge me when I feel anxious. He picks things up that I can’t reach and opens and closes doors with an attached rope. If I’m rolling around with bad dreams I’ll feel Nichols’ wet nose waking me up.”

“We have more plans in the works,” said Mellinger. For more information contact www.NEWLIFEK9S.org or Pawsabilities for Veterans at PO Box 955, San Luis Obispo, CA. For questions or presentation contact Dick Mellinger at (574) 532-1291or dick.mellinger@gmail.com.